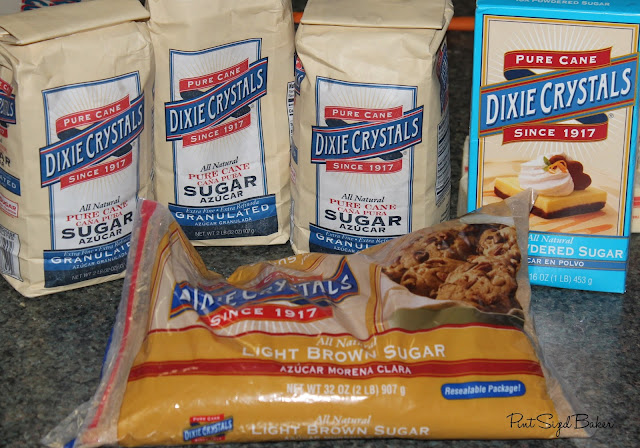 I few months ago, I had the pleasure of meeting two “Sweet Ladies” from Imperial Sugar and Dixie Crystals.
They were promoting their “Bake It Forward” Campaign at the Mixed Conference. 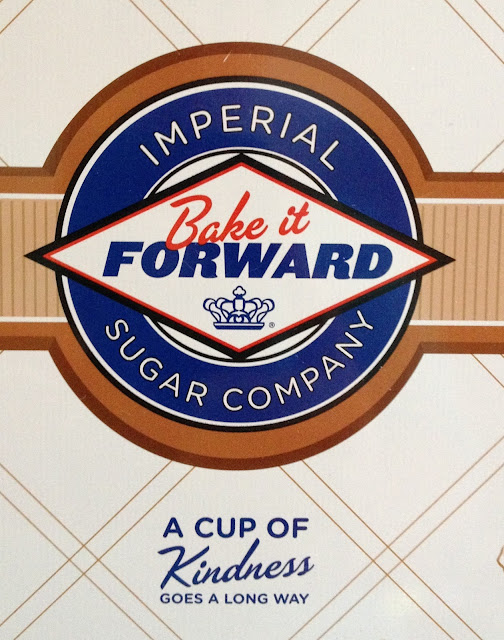 Bake it Forward is a wonderful way to cheer up a friend and keep passing that cheer along. When I heard about it, I immediately thought of my Little Cups School, Morgan Academy, and a what a delicious version of the “Flat Stanley” project this would be.
I discussed it with the schools owner and she was thrilled with the idea!

Dixie Crystals generously sent tins for the kids that were packed full of recipes, sprinkles, aprons, magnets and pins. They also provided all of the sugar required for the baking.
I picked out six cookie recipes, collected ALL the ingredients, and brought it all to the school.
The kids were so excited about cookie day. It had been postponed three times due to snow days and schedule conflicts. The kids were  ready to play with sugar! 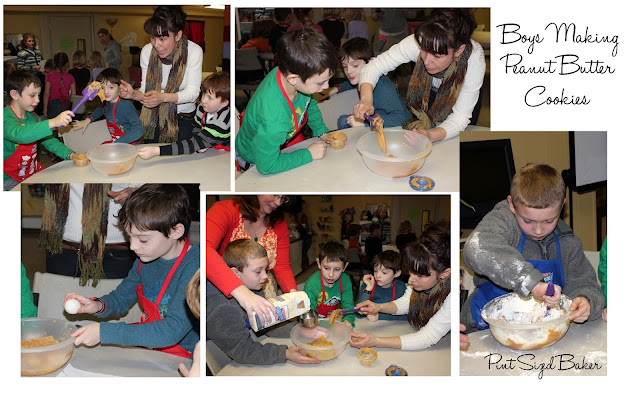 We started off with First through Third graders.
They were so cute, but what a handful! They all wanted to be little chefs and make the dough.
And, because I’m the Mommy, my Little Cup wanted to be first with everything… as if she’d get special treatment.
The little ones had a difficult time grasping the philanthropy concept of giving the cookies away to someone else. They all wanted to eat the cookies! The idea of giving them away seemed like a foreign concept. 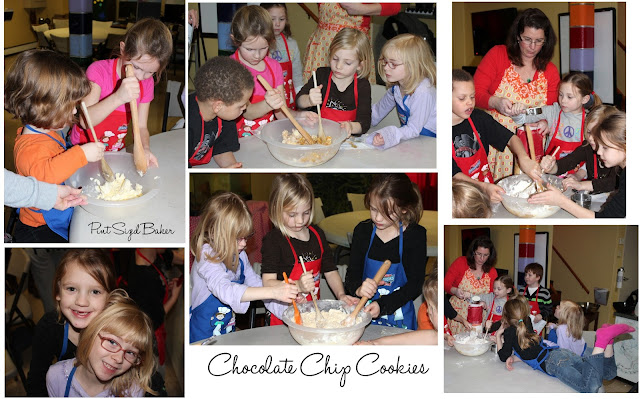 The older kids understood a bit better, but I had a difficult time convincing the group of kids making the oatmeal cookies to put raisins in them. None of them liked raisins, so they didn’t want to add it. When I reminded them that the cookies aren’t for THEM and to think about the person receiving them, I was still told that, “No – Nobody likes raisins.” I guess I’m one of the millions of nobodies who like them!
So, I snuck them into half the batter 🙂 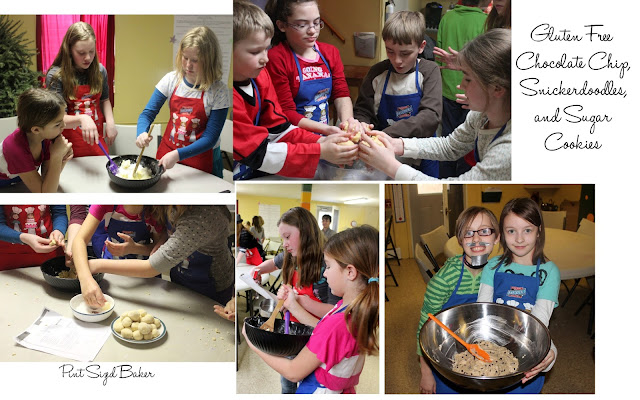 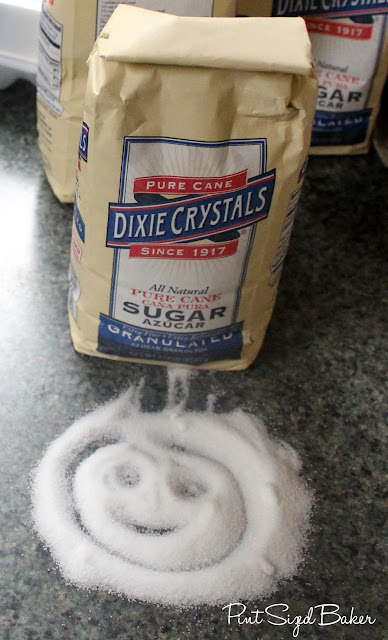 The kids LOVED IT!! 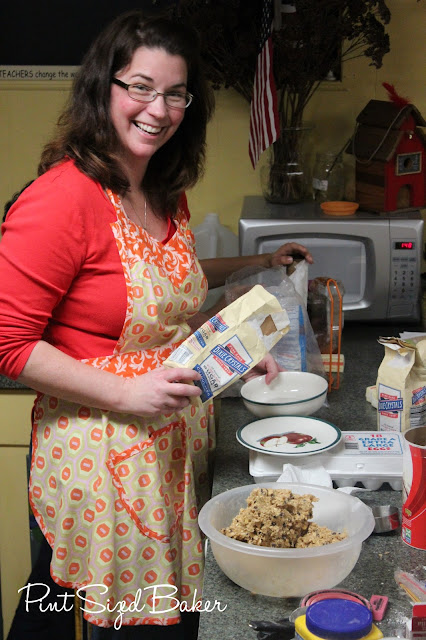 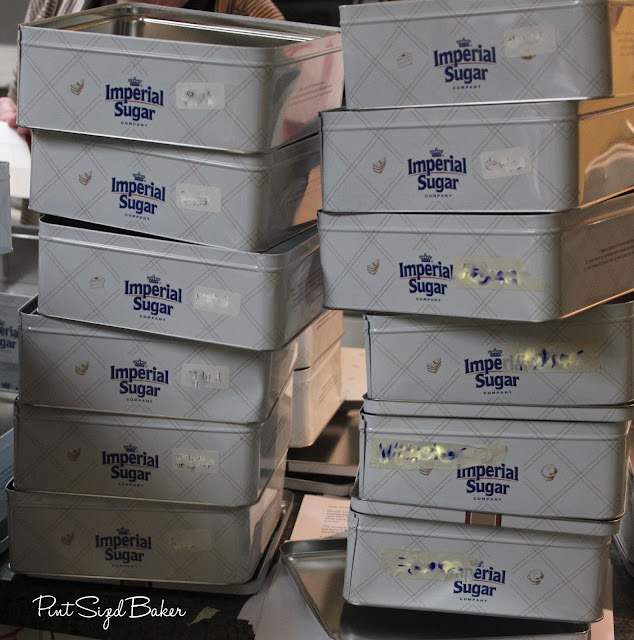 I hope all the recipients of the tins Love It and keep Baking it Forward!
I’ll be following up this post in a few weeks to see whose tins have gone to the most people and whose tins have traveled the farthest!
It’s a great tool for geography for the classroom. 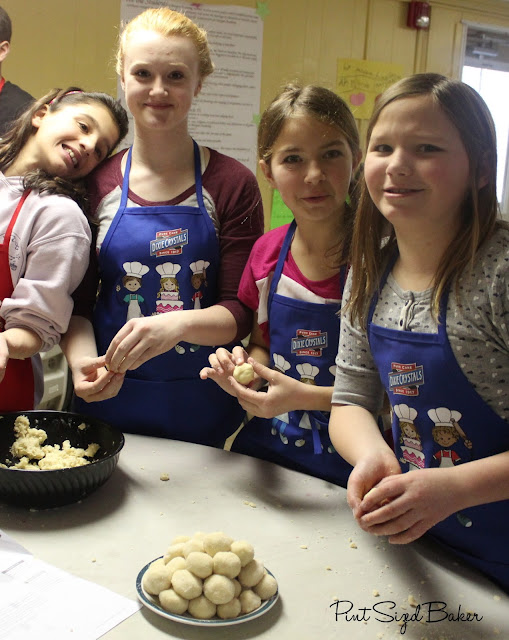 I link up at THESE GREAT parties!
Birthday Present Cake Pops
Make Your Own Vanilla Sugar

What do you call this?? A Crepe Cake OR A Millie

I couldn’t make up my mind between the two mouss