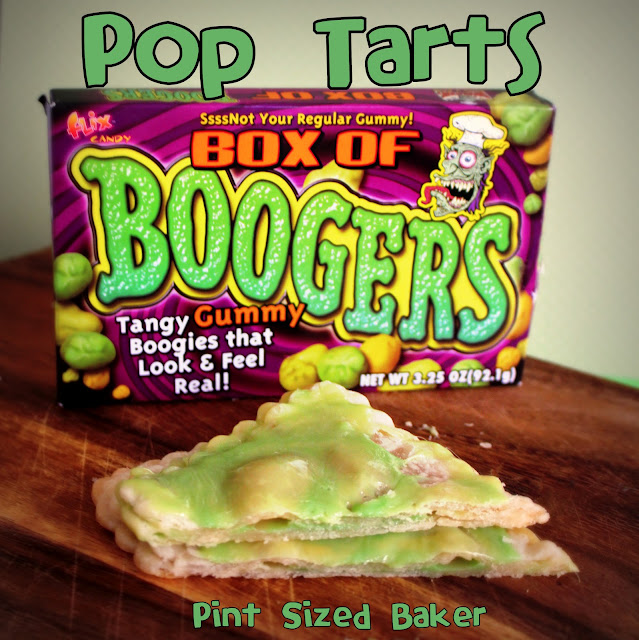 I started off with one pre-made pie crust and a box of Boogers. 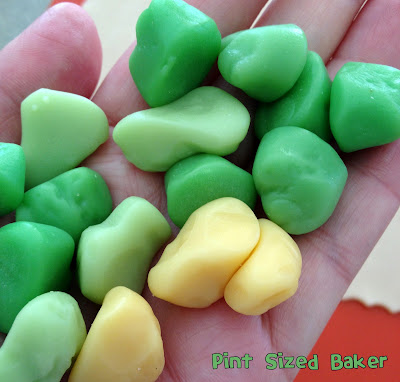 Just to let you know, these are the boogers. They really weren’t as gross as I thought they might be.
I rolled out the pie crust and cut 6 rectangles.
Then I added the candy and topped them off. There are three different flavors in the box. Feel free to separate them or mix up the flavors.
Into a preheated 350 deg F oven for 15 minutes…. 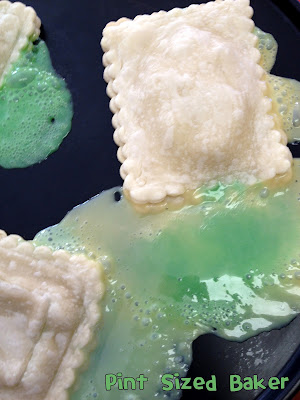 Only to realize that they oozed all over the place in about 10 minutes.
Hmmm…. What to do?
I scooped up those melted boogers and added them to the top of the pop tart. 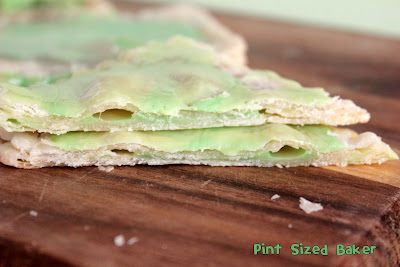 If I had sealed the edges better and kept the candy on the INSIDE, I would have added a sugar glaze to the topping, but this worked out… somewhat.
The melted gummy candy took on more of a taffy consistency and was super sticky. I had to melt the gooey stuff off my cookie sheet with hot water to get it all off.
You know what would have been good to use? My Silpat!
I could use a smaller one and I’m hoping I win one on the Online BlogCon giveaway!
Are you planning on logging in for it?
a Rafflecopter giveaway
Well, you gotta admit that the finished look really does look like someone hocked a huge loogie on the pop tarts. 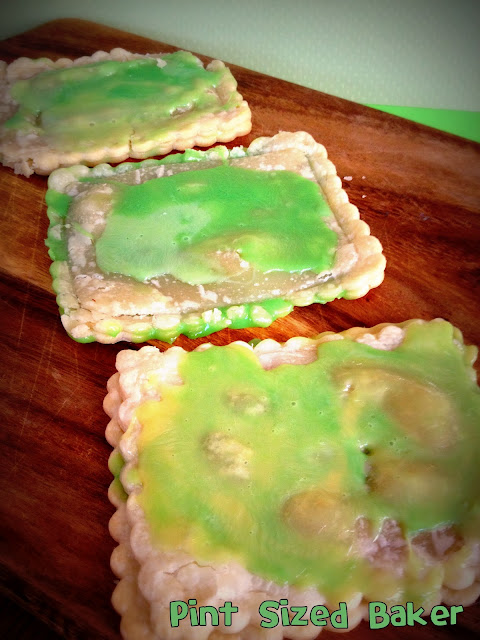 Instructions
Unroll one pre-made pie crust and roll to thin and stretch.
Cut out 6 3×2 inch rectangles with a cutter or knife.
Place 3 rectangles on a cookie sheet and add booger candy to center.
Top with remaining rectangles and pinch sides closed.
Bake at 350 deg F for 15 minutes watching for any candy oozing.
Cool on wire rack.
Mine oozed out of side, so I used the candy as the topping.
Combine powdered sugar and milk and stir until smooth. Add green and/or yellow food coloring to make a “booger” color.
Drizzle over pop tarts.
Serve to your Little Boogers!
Powered by Recipage

Are checkerboard cakes still a thing? I hope so be

January is all about comfort food and that means a