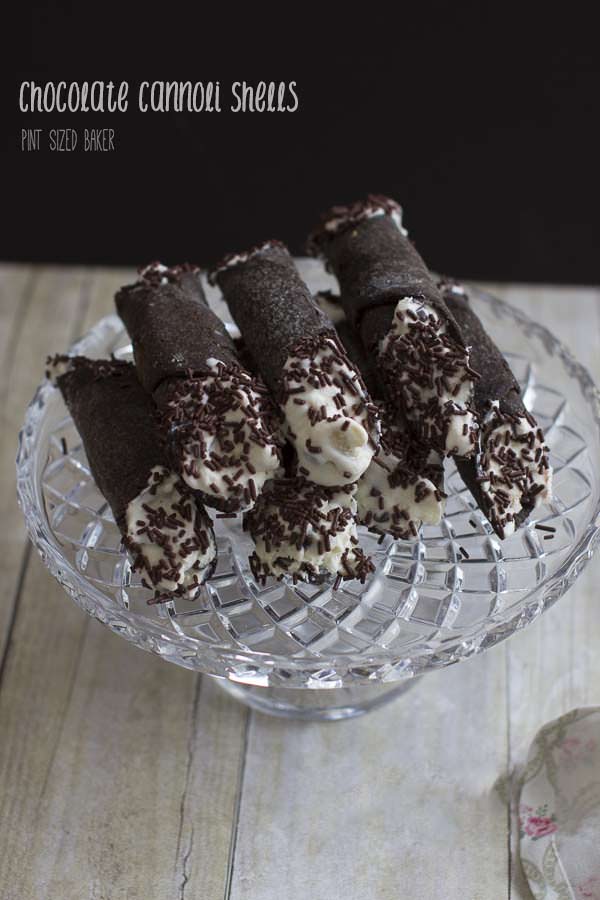 I love experimenting with new techniques and recipes and homemade cannolis has been on my list for quite a while. I thought about making traditional, sweetened ricotta filling, however, I decided to go in a different direction – I’ve filled them with ice cream. That’s right, these dark chocolate cannoli shells are filled with ice cream and let me tell ya, they were AMAZING! I’ll have to work on my rolling and frying technique though, because they were pretty ugly. It was nothing that a few sprinkles couldn’t brighten up. 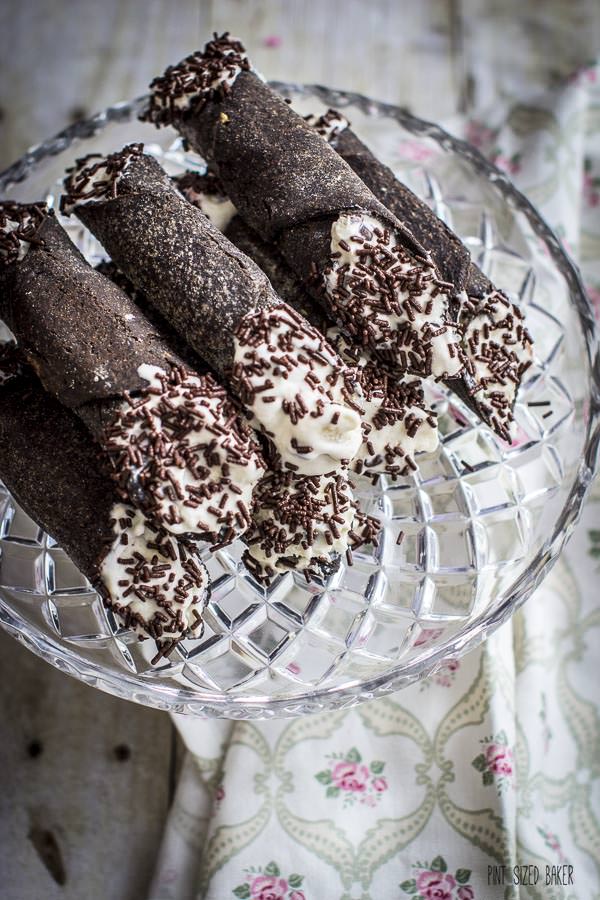 This week, I’m revisiting my old blog, Dieter’s Downfall. Dieter’s Downfall was my second blog that I has from 2013 – 2015 where I posted decadent desserts in a three part series. I’ve decided to go BIG this week with these canolli shells, ice cream filling then make a giant canolli banana split. It’s going to be epic!

The great thing about these three day desserts, is that you can decide to make them from scratch or buy what you need from the store and only do a semi-homemade dessert. Totally up to you.

So, I need to let you know that the first time I tried to make these was a horrible failure for me! HUGE failure! The dough was thick and sticky and didn’t roll out very well, and I didn’t have any cannoli tubes. I tried to make tubes out of foil and it was just a hot mess! A total mess! I gave up on this idea for a few weeks, got the cannoli tubes and it still took me nearly six months to actually attempt to make them again. Thankfully, the second time around I had a much better result.

These shells turned out almost black because I used Hershey’s Special Dark Chocolate Cocoa Powder. I wish I had used regular cocoa powder for a lighter color, but oh well… It’s what I had on hand, so it’s what I used. Your results may look different if you use regular cocoa. 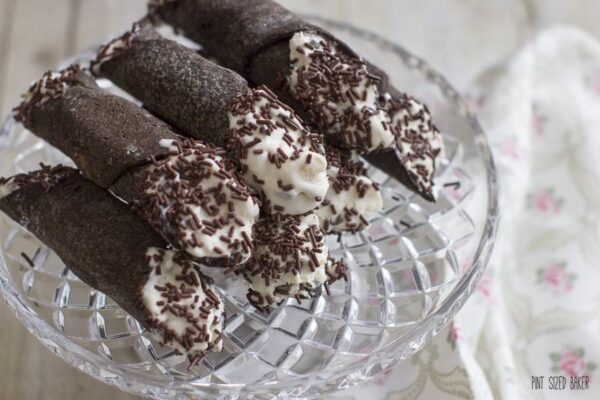 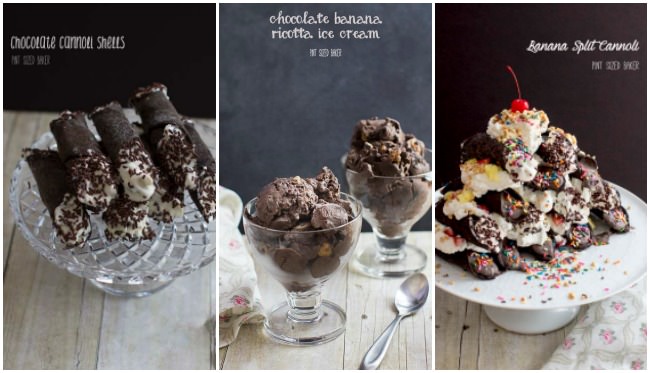 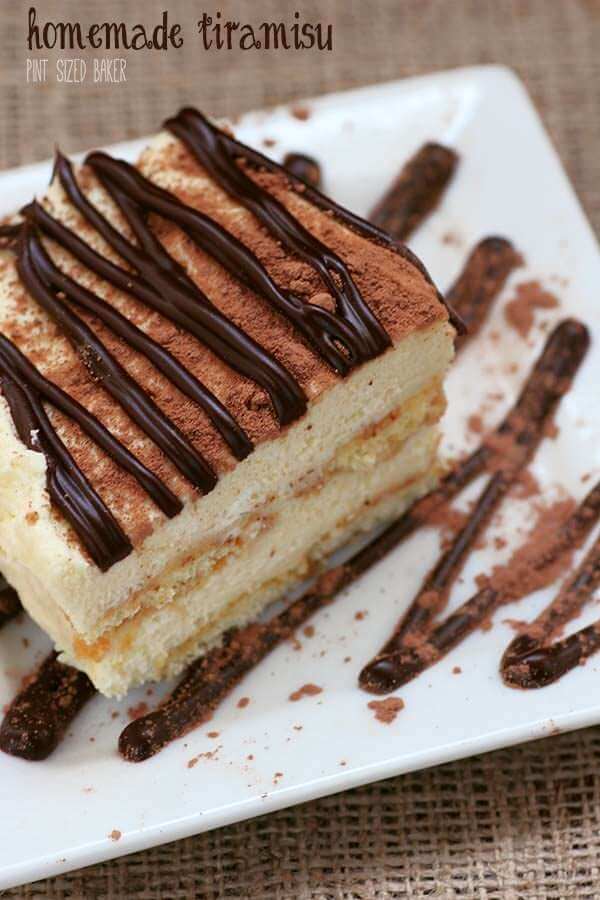 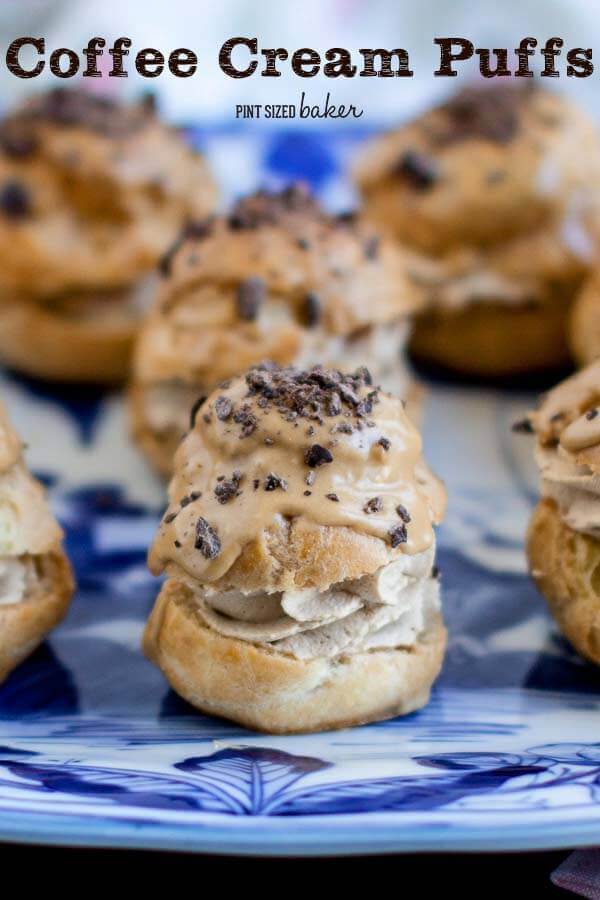 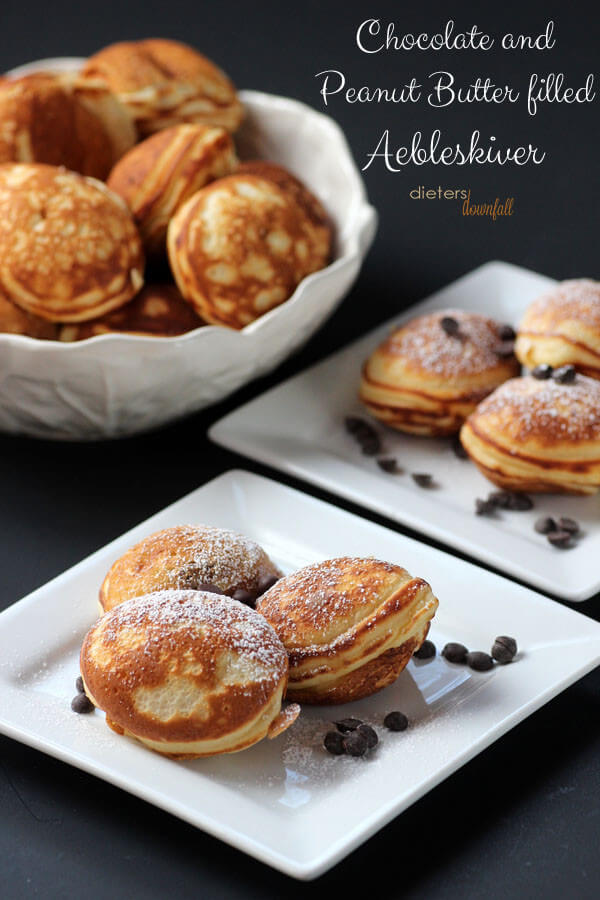 Thanks so much for all the ❤️ for these Strawb

Thanks for IG telling me that it’s #nationalpean

Valentine Cake Pops coming at ya! Look for the sm