These Hershey’s Bark Bell Brownies are so good. They’re a perfect size for parties and holiday dinners, and the candy in the middle brings out a pop of color! 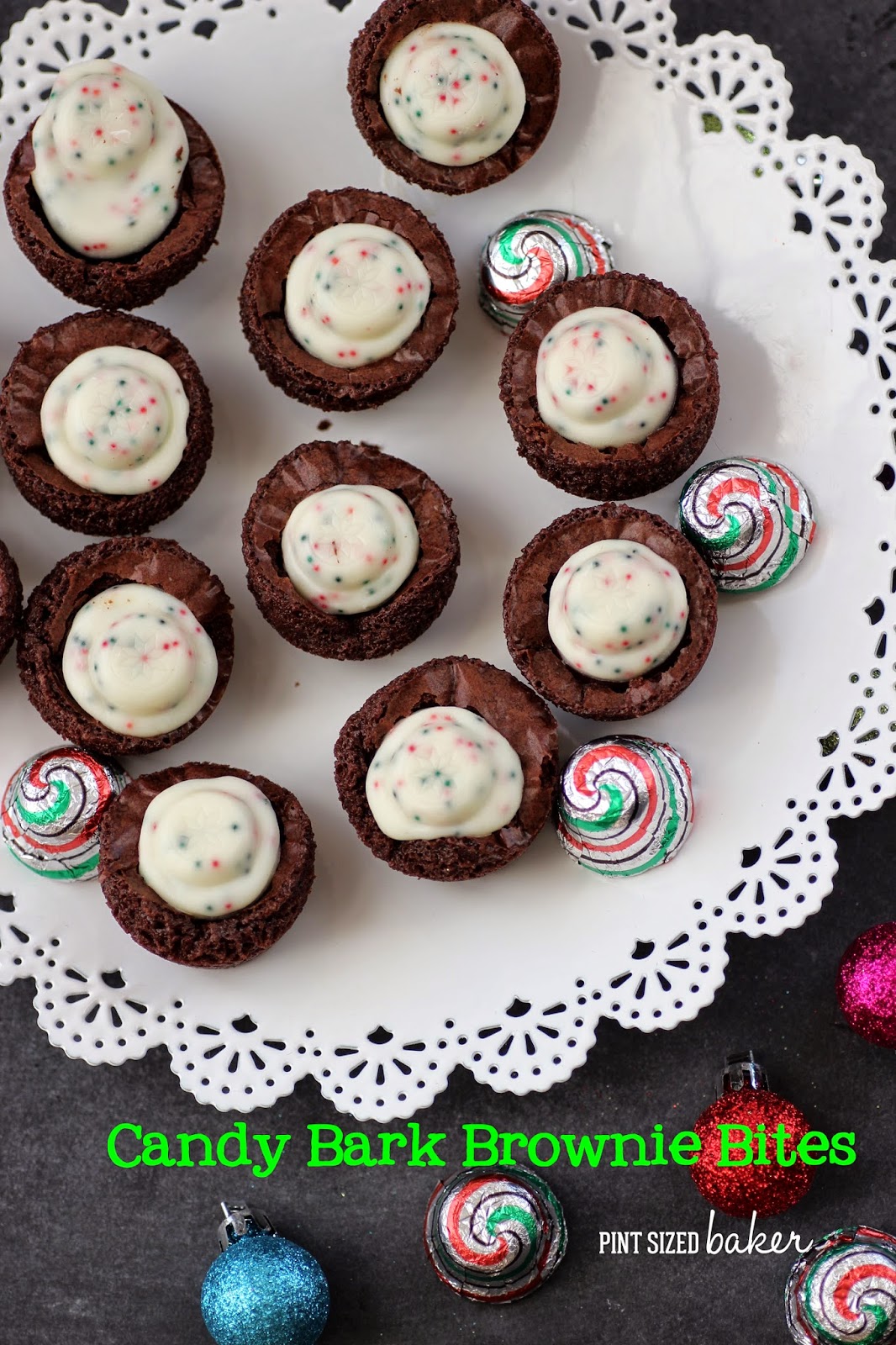 Ok, we are in the home stretch to Christmas now. It’s time to go shopping, wrap those presents, have a few holiday drinks with friends, and get the baking done. I’ve shared a lot of cookies, cake pops, treats, and desserts with you and now it’s down to crunch time.
I know you’re busy with about ten thousand and one things to do this weekend, so here’s an easy Brownie idea with Hershey’s Bark Bell Candy. 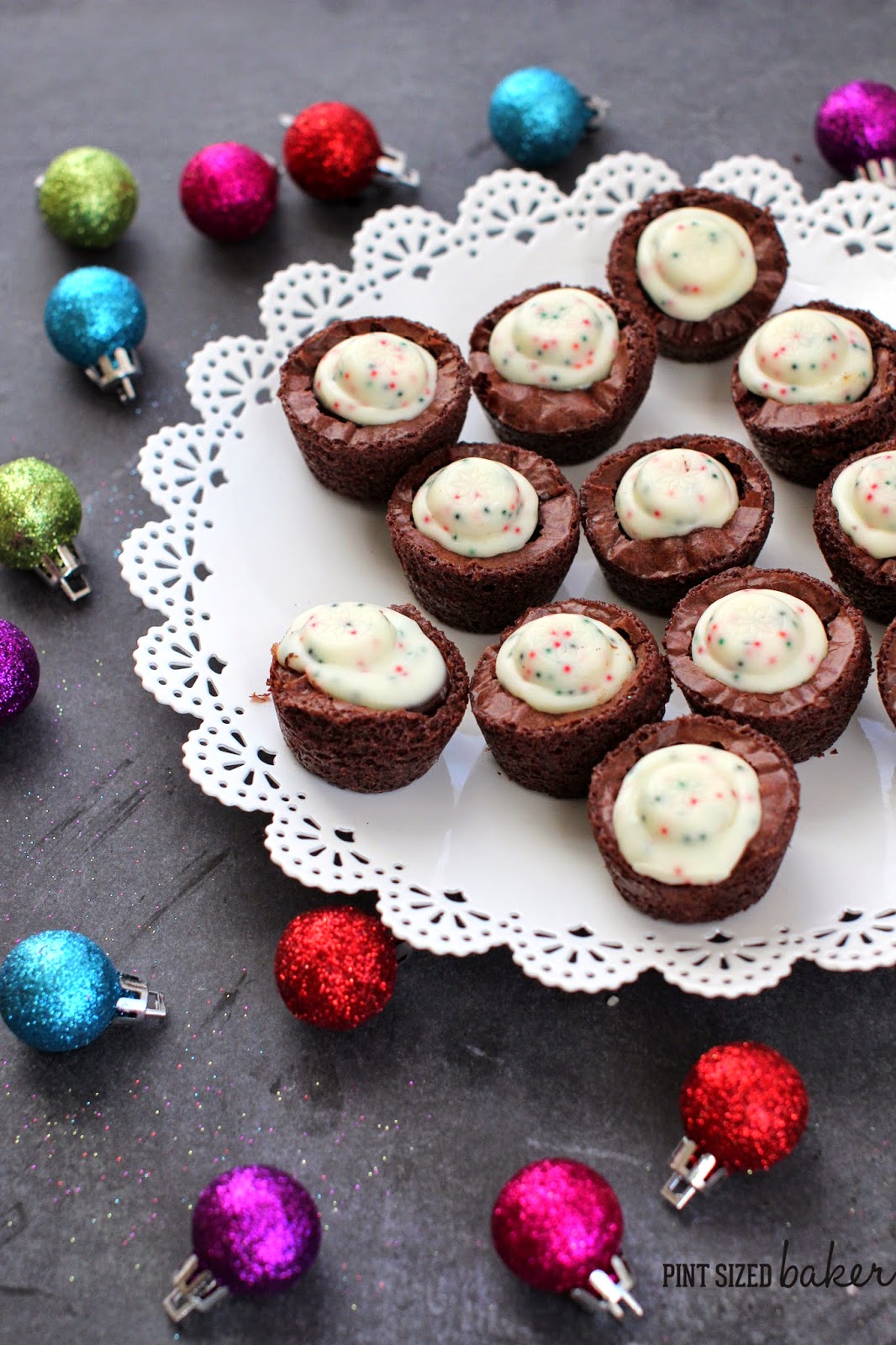 I want to talk about Christmas songs. I love Christmas songs – I play them via Pandora, via Amazon, and the ones I’ve got on my computer. I really enjoy the newer versions of the classics. My favorite Holiday album is from The Barenaked Ladies –Barenaked for the Holidays.
However, there are two songs that really, really bug me. They get under my skin and I’ve got to change the station. Let me explain… 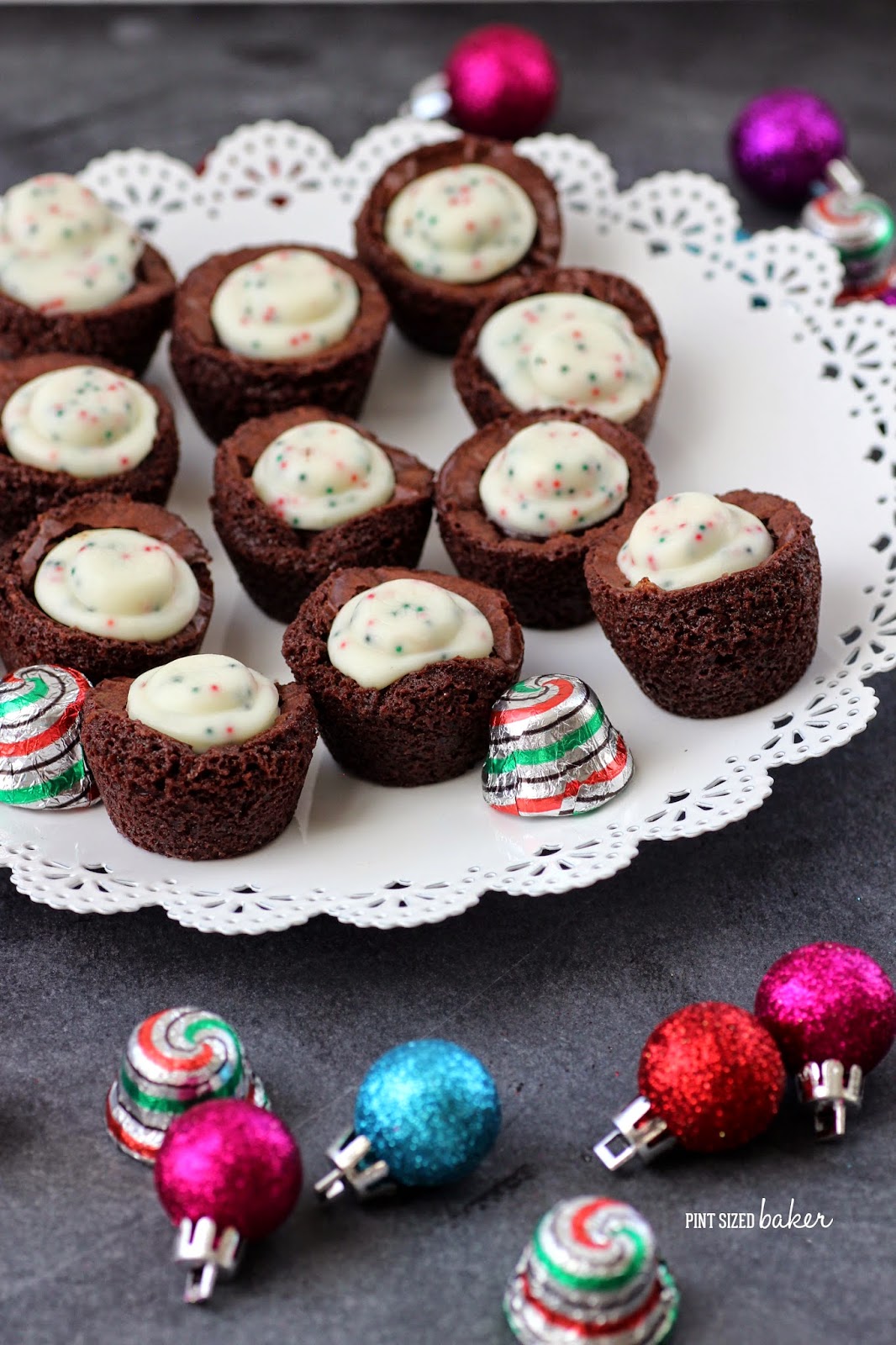 The first song is “Baby It’s Cold Outside”. I refer to this song as the Date-Rape Song. Have you ever really listened to the words? Come on? The young lady wants to go home and the guy continually asks her to stay. Her parents are going to worry, the neighbors are going to tell rumors. He offers her another drink, he tells her that she’ll hurt his pride, he asks her how can she do a thing like this. And to top if off, he drugs her drink. Ugh… It just too creepy and stalker-ish, and it really, really gets under my skin. I really hope that my daughter doesn’t fall for a persistent a-hole like that.
The second song is “Do They Know it’s Christmas”. I understand the intent of the song to bring awareness to the people of Africa, but it’s like they don’t even understand where Africa is. First of all, “there won’t be any snow in Africa this Christmas” – it’s in the Southern Hemisphere. It’s actually summer is December in the southern hemisphere. They get snow in July. “No rain or river flows” – Um, can you please explain the Congo River? The second longest river in the world. And what about their religion? Of course they know it’s Christmas. There have been Popes from Africa. There are several million Catholics in Africa. This song just needs to go away. 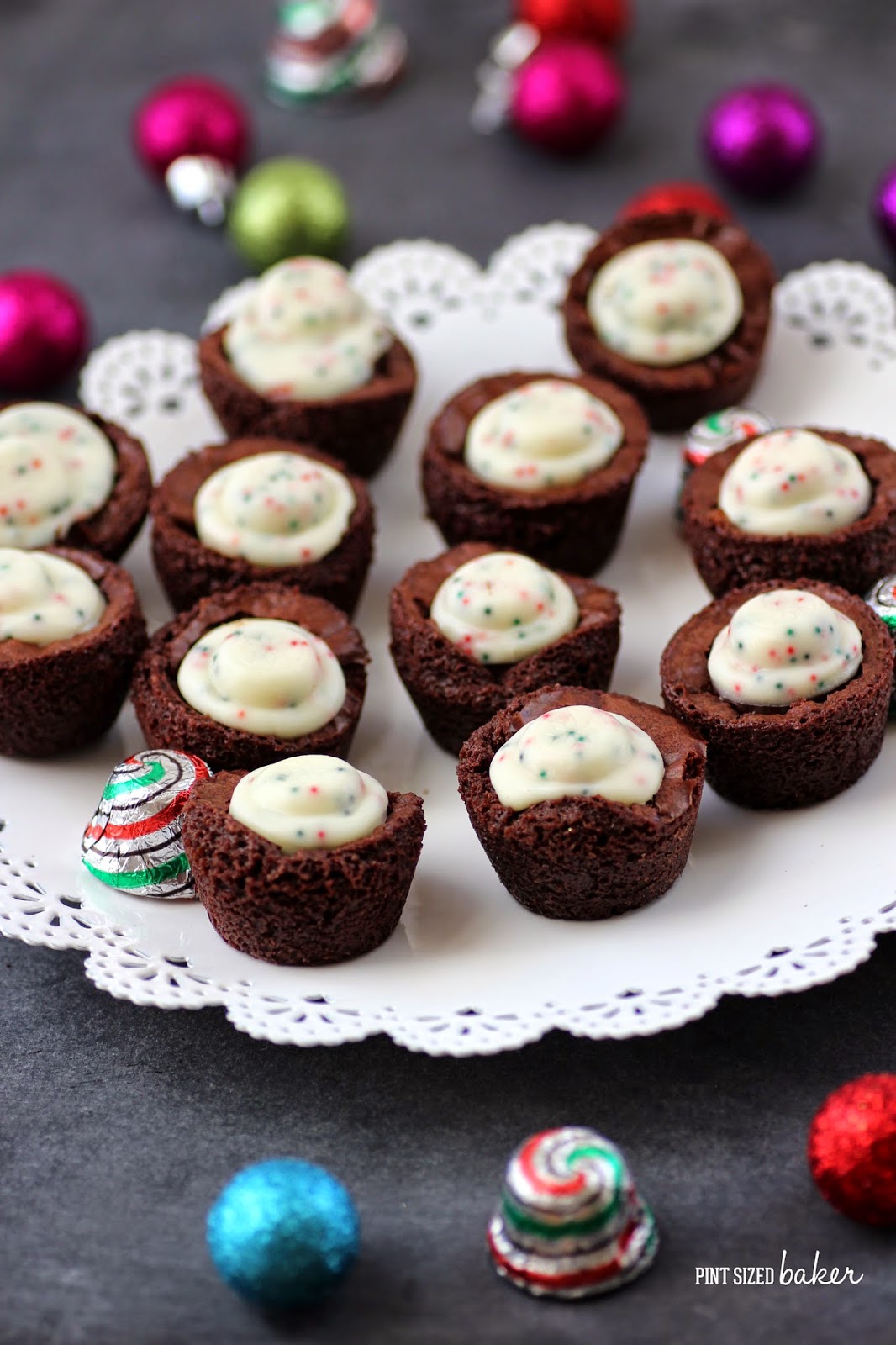 So, that’s my only Christmas gripe. Listen to all the Christmas music you can stand for the next ten days because it’s going away again soon.
Continue to Content
Prep Time 5 minutes
Cook Time 20 minutes
Total Time 25 minutes