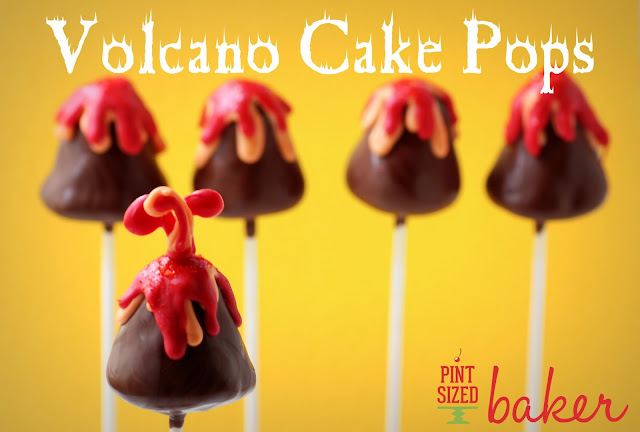 Aloha!
Tomorrow I’m headed off on vacation to Kona, Hawaii!
As some of you know, I grew up on Oahu and all of my family is still there. I’m the only one that left the rock.
I moved to the “mainland” 20 years ago! What?? TWENTY YEARS AGO???
OMG! I’m not that old!! Really!
I graduated in June 1993 and headed off college in Arizona in the fall. WOW!
I’m feeling so nostalgic. 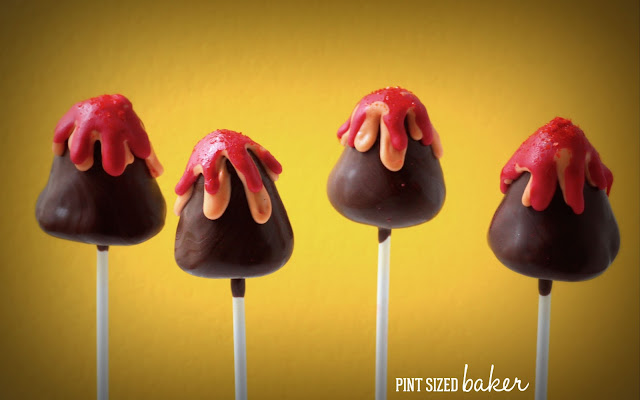 My Mom has been visiting me for the past week and enjoying the mixed weather in West Virginia. When she got here it was 90 and sunny and now that she’s leaving it’s 65 and rainy. Go figure.
We are headed off to bright sunny skies and warm sandy beaches! I’m looking forward to relaxing on the beach at the base of the Volcano.
Hey – by the way, my parents live on the side of a volcano…. and it’s not extinct! It last erupted about 200 years ago and it’s not a matter of IF it will blow again, but WHEN it will go again.
I just hope it’s not next week…
This week, the only lava that I want to see is the candy lava on these cake pops.
The Volcanoes were very easy to make.
I started off with a two-tablespoon sized cake ball then shaped them into a cone with a flat bottom.
I melted some dark chocolate, red and orange candy melts and used some orange and red shimmer to give them some highlights. 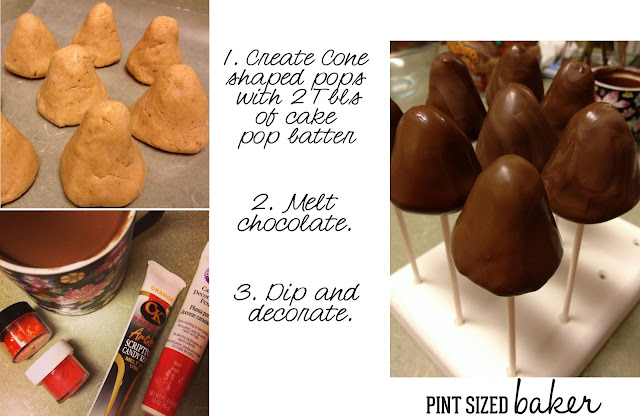 I tried to use my candy melt “pens” for this project, but they just weren’t cutting it. So I ended up melting a few red and orange candies and using a baggie to add the lava.
To get the “smooth” look of the lava, once I piped on the orange, I gave the pop a little shake to settle the candy. The Orange was mostly dry when I added the red and it got a slightly blended look that I really liked.
Ever see real lava up close and personal??
When we were on the Big Island in 2002, we did!
Kilauea Volcano was erupting and we were there to experience it! We drove down the Chain of Craters road to the ocean to see what we could see and man, did we see A LOT!
This is me standing just a few feet from the Magma! Seriously! The park rangers actually told a guy “Do not poke the lava with a stick.” We were that close! There was no fence, no guard, no nothing. Only you and your common sense. 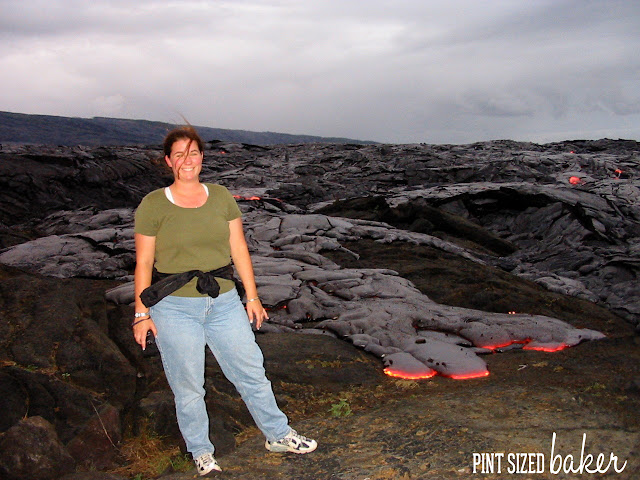 This is Mr. Quart and I standing on the road that was on fire from the lava! 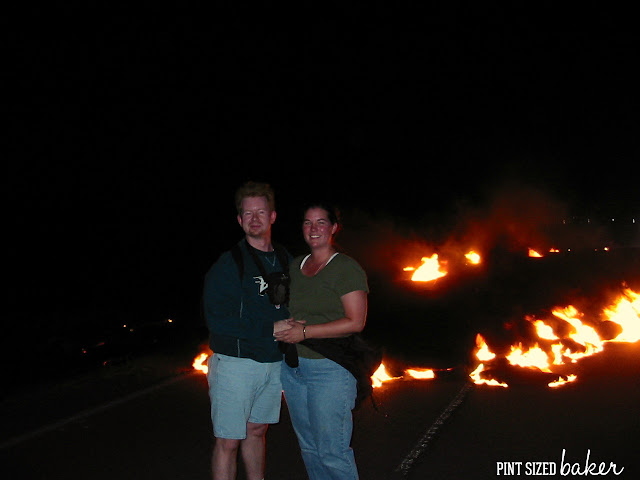 As the sun set, the lava was so beautiful. The bright reds, orange, and yellows that lit up the black rocks and just consumed everything in its path.
You had to be careful to watch all around you to make sure that the lava didn’t surround you and cut off your path back to safety. It could have gotten really exciting if you weren’t paying attention. 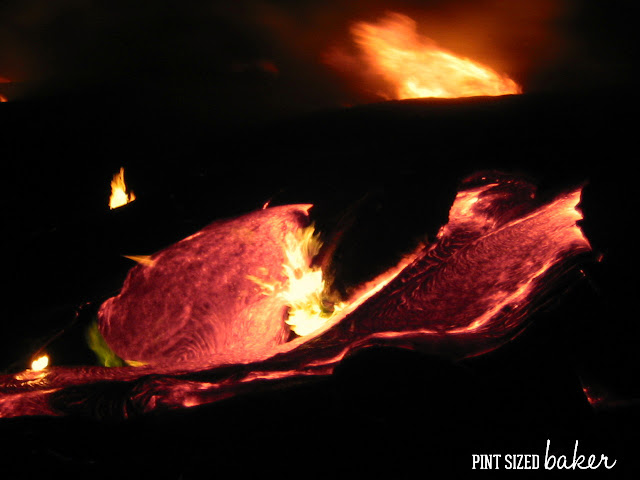 And here’s Mr. Quart hanging his legs off the Caldera of the Volcano! There was also a walking path across the floor of the caldera.
Today, you can’t get near the area because it is active and spewing hazardous gas. 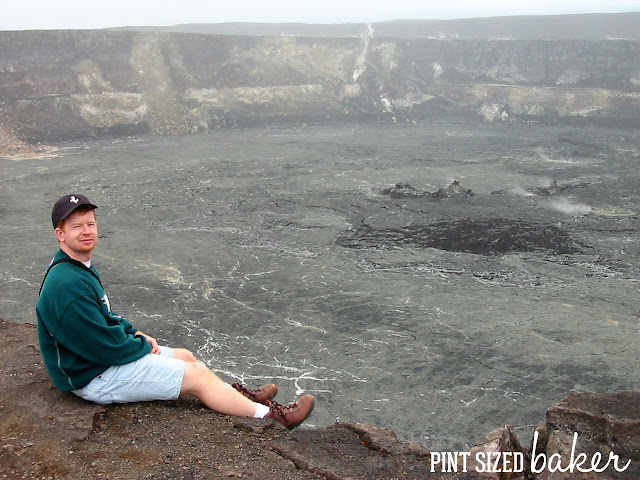 So, like I said, I hope my little cake pops are the closest I come to lava next week! 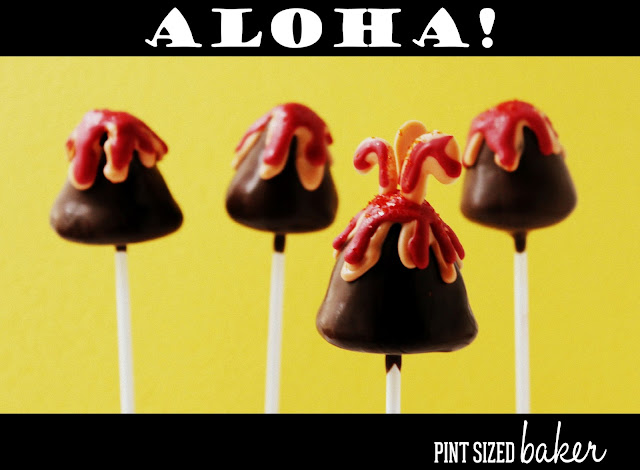 I link up at THESE GREAT parties!