Oh my! This cake is for serious coconut lovers. It’s a good thing that I, in fact, do like coconut 🙂

I’ve found that coconut is one of those picky flavors. People either love it or hate it. There is no in between, no tolerating it, or pretending to like it. 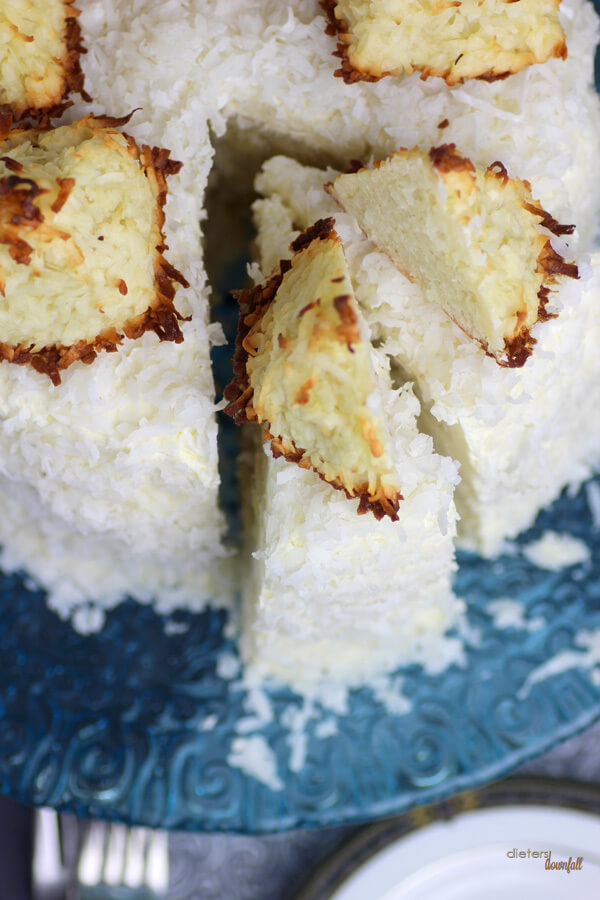 I wasn’t sure if I should save this recipe until the summer. Are coconut desserts a Christmas thing? I’ve noticed a lot of coconut cream pies because it is pie season, but really, does cake have a season? I don’t think so. I think anytime is a good time for cake.

And doesn’t it look like a huge snowball? Not that I want snow…. but…. it does kinda look like it, no? 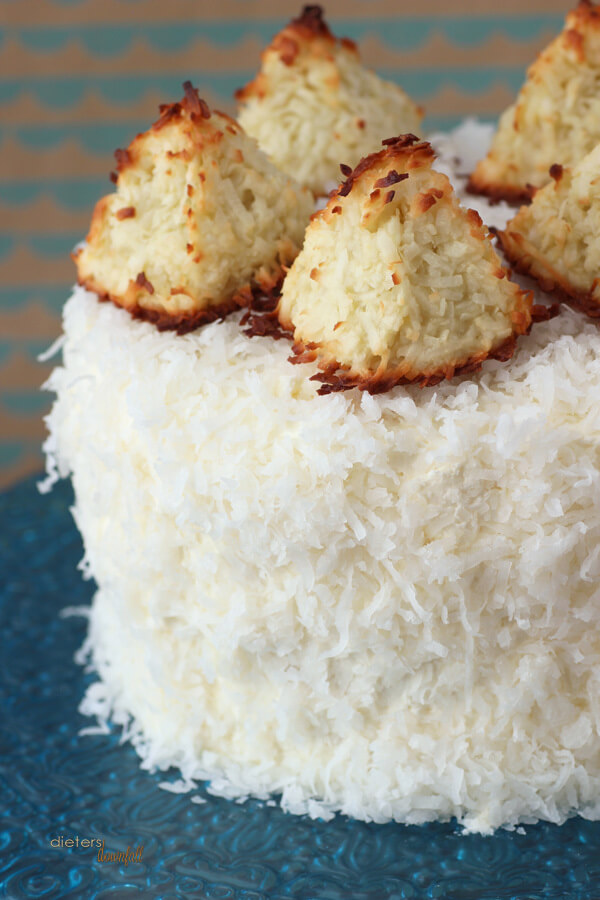 And just look at easy it is to put this cake together. Tort your cakes, create a dam of frosting around the edge then fill in with pudding and frost it. Your exterior frosting doesn’t have to be pretty, just sticky. Coat it with the shredded coconut and then top it off with the macaroon pyramids.

This isn’t a difficult cake. There’s nothing “fancy” about it.

Yes, there are A LOT of egg whites in this recipe. In total, there are 20!

I was totally intimidated by the quantity as well. I wanted to find different recipes just so I didn’t have to go through so many eggs. But then I decided just to buy three cartons of egg whites.

I have to admit – I was totally grossed out by this concoction of “egg whites” in a carton. It didn’t look like egg whites, it didn’t feel like egg whites, but they did act and behave like egg whites. I was afraid the frosting wasn’t going to fluff up like real meringue, but it did. And now I am a believer in egg whites from a carton. I no longer need to store yolks in the freezer for later. 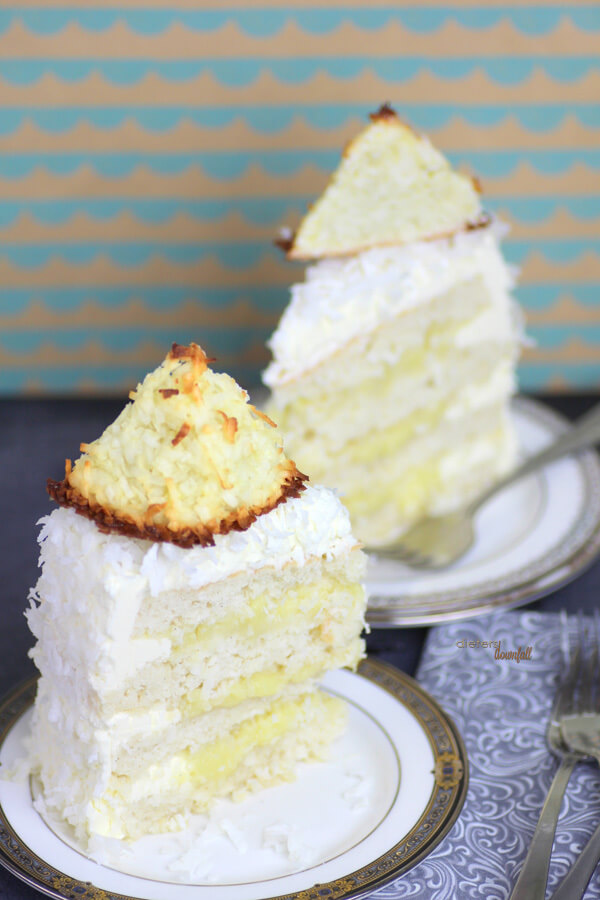 See all those yummy layer? Don’t ya wanna just dig in?

For the coconut frosting

To assemble the cake

To Assemble the Cake

Recipe from Flour: A Baker’s Collection of Spectacular Recipes

I love coconut and I don't think there is a season for it! Your cake does look like a fluffy, white snowball! Good to know about the eggs in a carton whipping up the same as egg whites, I just wish I had read your recipe before I ran to the store and bought eggs for an egg white recipe! Pinned!

For these three recipes, the egg whites in the carton saved the day! You can freeze yolks, but I don't think they ever really work the same when thawed. They seem too gummy to me.

I love the coconut, this cake looks delicious.

Thanks so much! It was good!!

If I don't get a chance to make it myself before the, I'm definitely going to request this as my B-Day cake this year!! Looooooooove me some coconut! :) #PinItThurs

Enjoy it whenever you do get it made :)

OH MY! This looks INSANELY GOOD! Thanks for linking up with Show Stopper Saturday!

It was triple insanity! Haha!