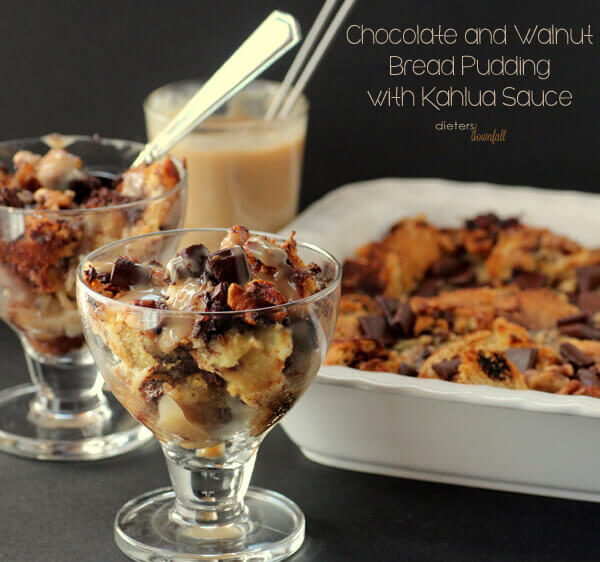 This was THE dessert of the month! And my husband ate every single bite!

As he was licking the bowl clean, he very strongly told me to never make this again. And then he had a second bowl! I was shocked! SHOCKED I tell ya. This was made with cinnamon raisin bread and the man hates raisins. I didn’t have the heart to tell him what was in it. 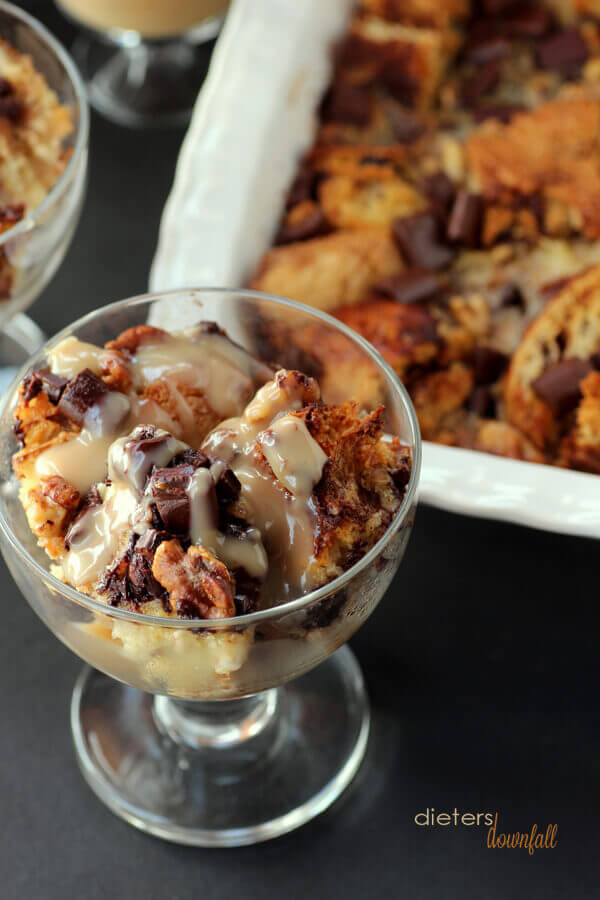 It’s kinda like that sometimes. You sit down to a “normal” meal and only later you find out what was in it. I have no idea that there were anchovies and raw eggs in Caesar dressing. No. Clue. I also had no idea that the delicious crock pot meatballs I was really enjoying were made with a jar of grape jelly. I was so confused with that one!

So, I just didn’t have the heart to ruin my husbands joy while he was eating this bread pudding.

It was so decadent! Cinnamon Raisin Bread, chocolate chunks, walnuts, and then topped with the Kahlua sauce I made! So yummy! I definitely had to make up the calories in this. 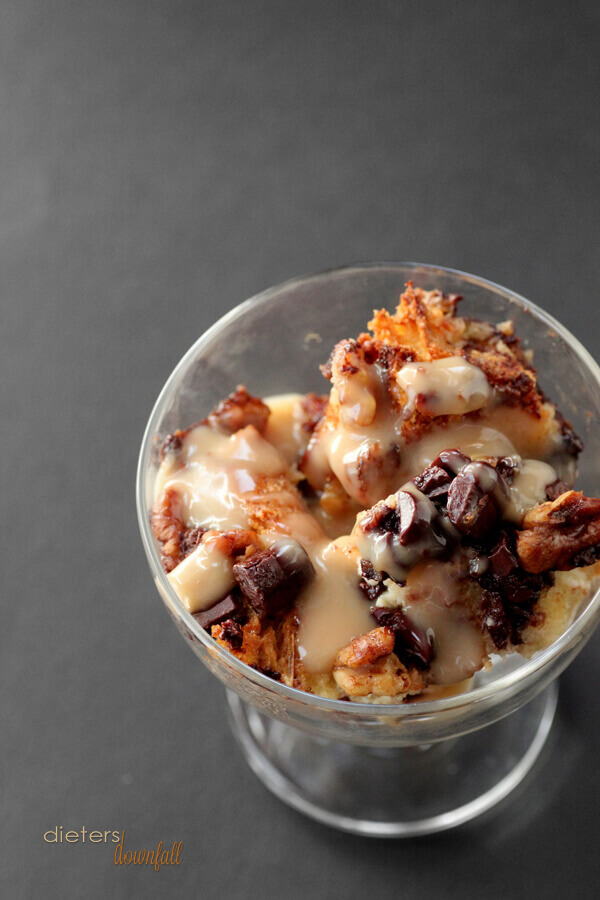 I was so pleased with this dessert. The original recipe called for basic loaf of french bread, which is fine… but the cinnamon and chocolate paired so nicely! It really was a magical dessert. 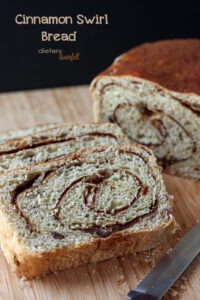 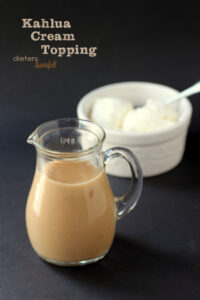 This looks amazing! Love 'tricking' my husband into eating something he doesn't like.

It was a tasty treat! Thanks for stopping by!

Thanks for sharing this great recipe, it looks so rich and oh so delicious!

It was great! Thanks so much for stopping by!

I do love it...it looks beyond delicious! I love bread pudding, and you just took that to a whole new level of love, Karyn. Thanks for sharing!