Why deal with the artificial colors, flavors, and preservatives. Make your own homemade Maraschino Cherries that taste great. 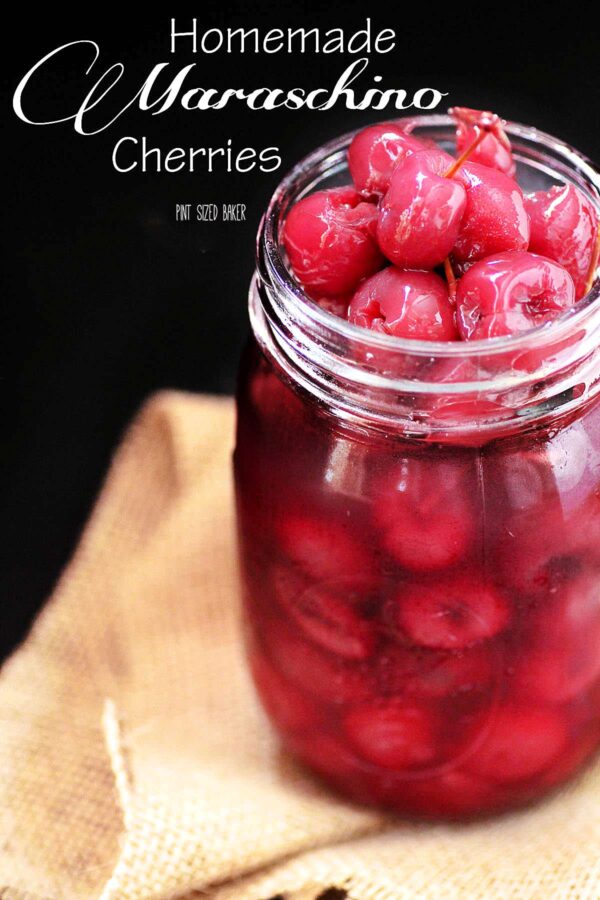 I think I may be a 5 year old at heart still. I have a love affair with maraschino cherries. I want five of them in my cherry limeade at Sonic and I would add them on more of my desserts, but some people have a serious aversion to them. So, I decided to make my own homemade maraschino cherries just to see if I could. They are a great treat when you want to avoid the artificial colors and flavors in jarred cherries. These little cherries are flavored with orange peels and pomegranate juice. It adds all kids of great color without anything fake. 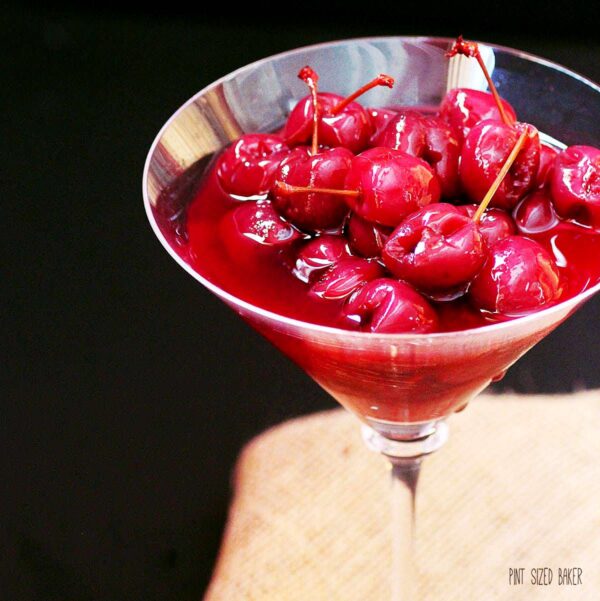 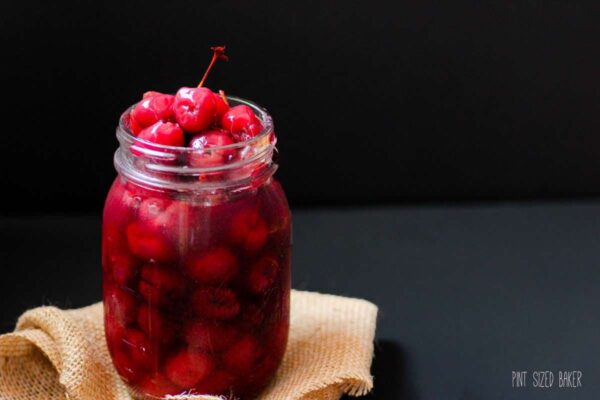 So, this tart seriously took me a few days to create! The cherries take a few days to sit, but I let mine sit for twenty days in the fridge! I was so thrilled that the cherries lasted so long. I seriously thought that they were going to be a total loss, but I guess the heat and the seal were such that they lasted very well in the fridge. I don’t know how long these will last, but I used mine a month after canning them. 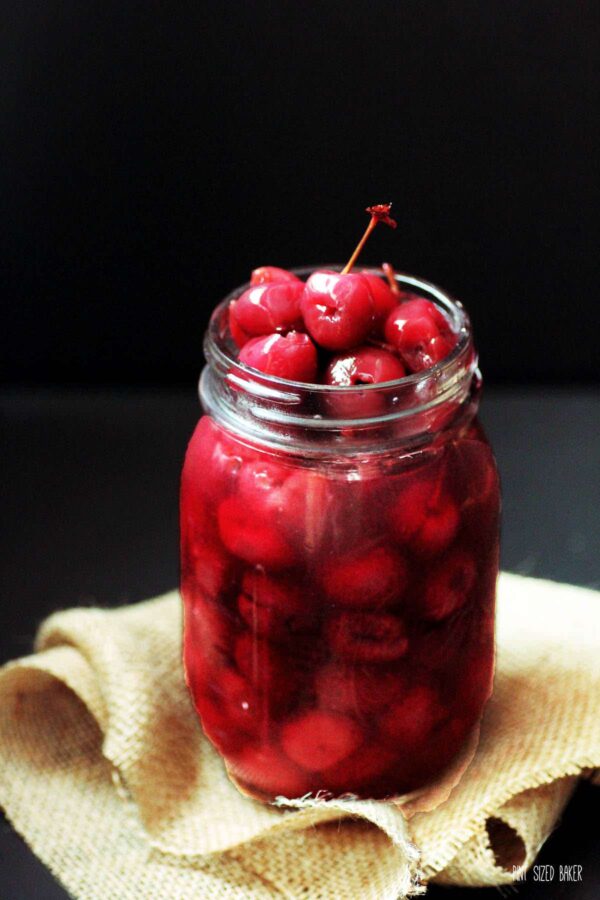 While I was researching homemade Maraschino Cherries on the internet, I found a lot of variations. Mainly dealing with alcohol content and flavoring of the cherries. I’ve always liked Stephanie’s Blog and since she has an alcohol free version I decided to give that a try.

I liked the flavor of the orange peel and pomegranate juice.  Not quite a “cherry flavor” but a nice flavor all the same. I didn’t have the star anise that her recipe called for, so I just omitted it because I didn’t have time to run to the store.

While I was removing the pits, I removed some of the stems and left some on just to get the full maraschino effect. Do yourself and get a cherry pitter to remove all the pits. I’ve tried using straws and piping tips, but you really can’t beat the correct tool to get the job done.

This recipe is part one of a three part series for a Cherry Lime Tart with a Lime Tart Crust. 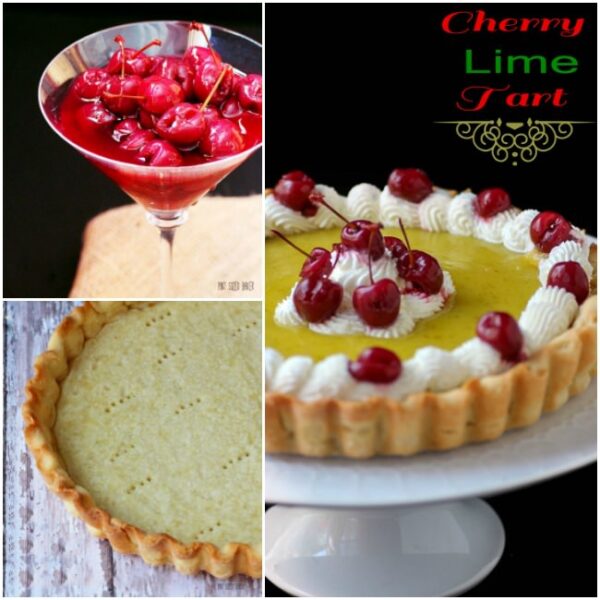 A Cherry Pitter will speed things along. I preferred removing the pits from the sides instead of from the bottom.

These look great! My husband loves maraschino cherries, but I could go without. This recipe looks like something we both could enjoy. Could you use tart cherries in this recipe or does it require sweet cherries?

Honestly, I'm not sure. I prefer sweet cherries, so that's what I used. I'd say, give it a try and let me know.

These look amazing! When I was a little girl I used to sneak Maraschino Cherries after everyone went to bed. :) Thanks for linking to Tips & Tricks. I can't wait to see what you link up next week. I pinned this to our Tips & Tricks recipe board on Pinterest.

I love the idea!

Thanks! I'm glad that you find this recipe helpful. I wanted my daughter to be able to enjoy the cherries as well, so I thought it was a good option!

Oh my these look so good! I have never even though of making your own....I will have to make these for my son (and myself of course). We both love cherries (found you on Create Link Inspire)

It's a labor of love, but so worth it in the end. However, as I stated, they don't taste like traditional Maraschino Cherries and to me, that was good thing!