I have to admit that I almost didn’t have a recipe to share with you this week. Life gets busy, especially with the holidays, and I just didn’t get around to making the cake that I really wanted. However, I did have time to make this amazing Nutmeg Spiced Cake with Rum Buttercream and Cinnamon Spiced Toffee with chocolate covered cocoa nibs. It took me all of two hours, start to finish to make this dessert. 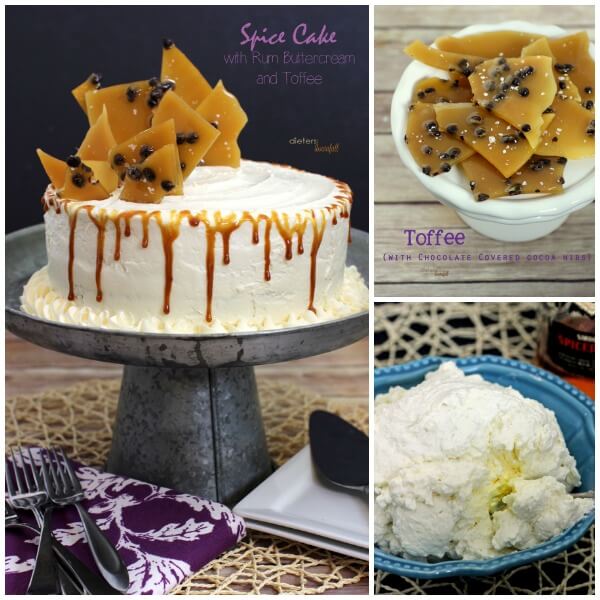 Yes, I made toffee just a few recipes ago with the Pumpkin Pie, but this is a different set of directions with no need for a candy thermometer.

I wanted to dress it up a bit, so I’ve added in some cinnamon and some chocolate covered cocoa nibs. I was looking for just the cocoa nibs, but didn’t have any luck here in West Virginia. Thankfully, I did have a small container of the chocolate covered nibs and decided to use that instead.

I liked this recipe with the nibs but it was the cinnamon that I enjoyed the most. I didn’t add too much, just a pinch, but it was just the little kick that it needed.

I also didn’t thin this too much and I liked that this toffee was a bit thicker. 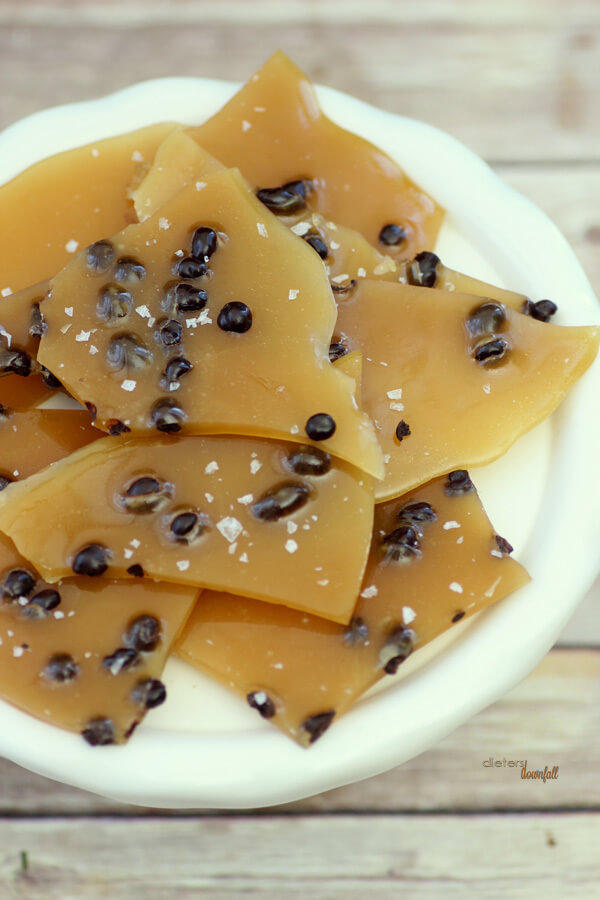 This would also be a great hostess gift to give this holiday season.

I’ve been snacking on the extra toffee! I know I’d love to get a gift bag of these.

Festive Toffee spiked with chocolate covered cocoa nibs and a dash of cinnamon.

Gotta Sweet Tooth? Share your recipe with me on Instagram using the hashtag #PintSizedBaker so I can see what you've been craving!
Mint Chocolate Roll Cake
Two Cup Tuesday No.101

No campfire this year? Make a S’mores Pie for de

Camp life has been a little wet, but the sunset to

Did you know you can make your own Homemade Marasc