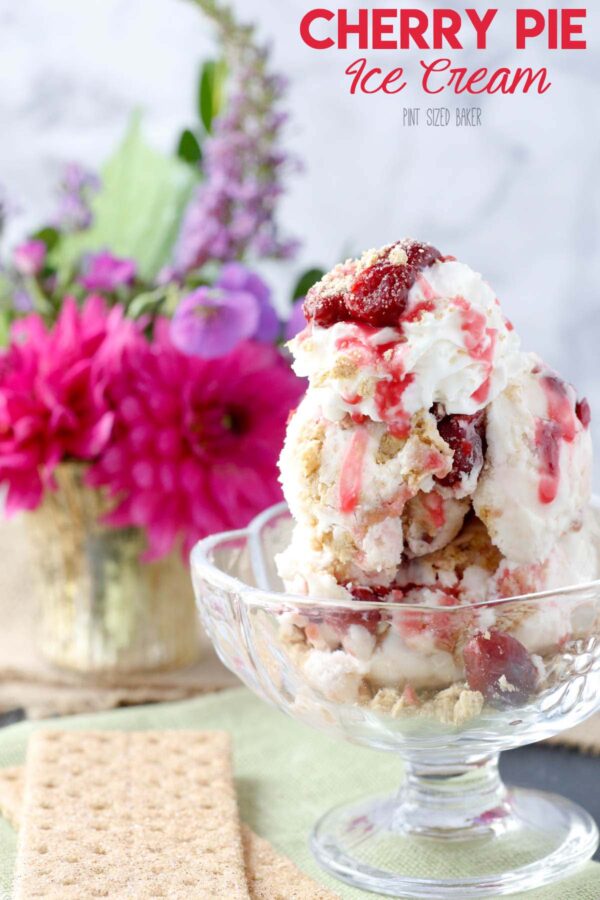 When sour cherries were in season, I froze a few pounds just so I could use them later in the year. Well, one pound only lasted a few weeks in the freezer before being sacrificed for ice cream.

I love a good cherry pie, but didn’t want to bake one during the summer heat. So, I just made a half batch of cherry pie filling and used it in this ice cream recipe. 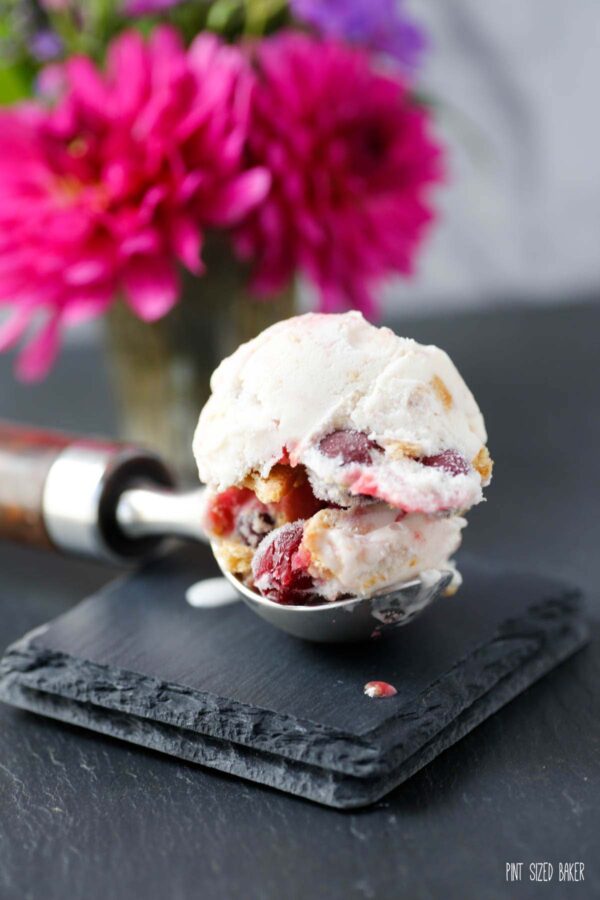 I didn’t want to deal with a pie crust, so simple graham cracker crumbs were used instead. Besides, the cinnamon graham crackers added a wonder punch of flavor to the sweet cherry pie. 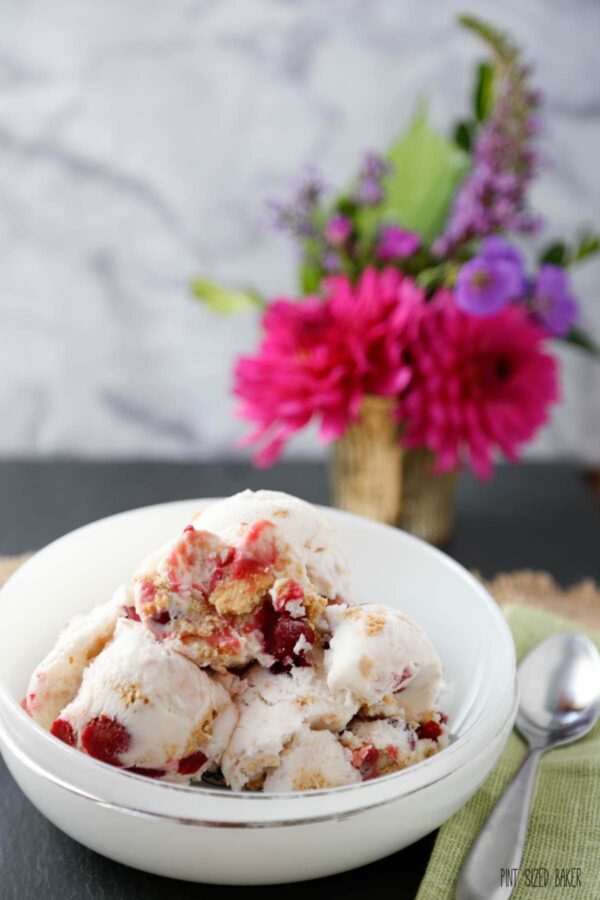 I used my homemade vanilla ice cream base and then added in the fruit and crackers at the very end. 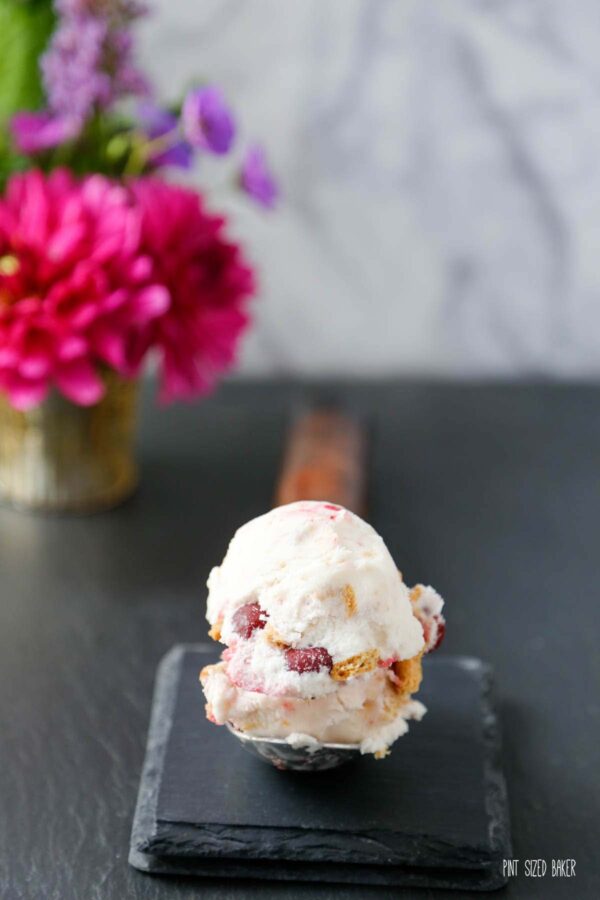 I used fresh cherries that I then froze. You can buy frozen cherries or canned cherries and then freeze them. You want to freeze them in order to control the amount of liquid in the mixture.

Too much liquid and it just doesn’t set up as well. So let them thaw and then use the measured amount of juice for the cornstarch to work.

If you don’t want cornstarch “blobs” in your filling (and trust me, you don’t), make sure that the cornstarch is thoroughly mixed into the cherry juice before adding it to the pot to cook. 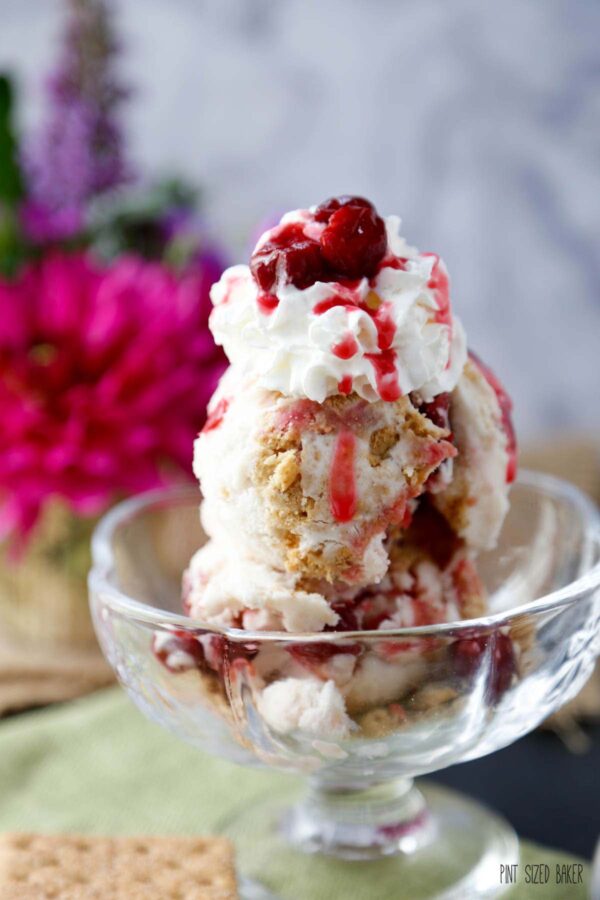 Now, if you are really in a pinch and don’t want to actually make the pie filling, then I guess using a canned pie filling is acceptable, but it’s your call. Fresh or canned? 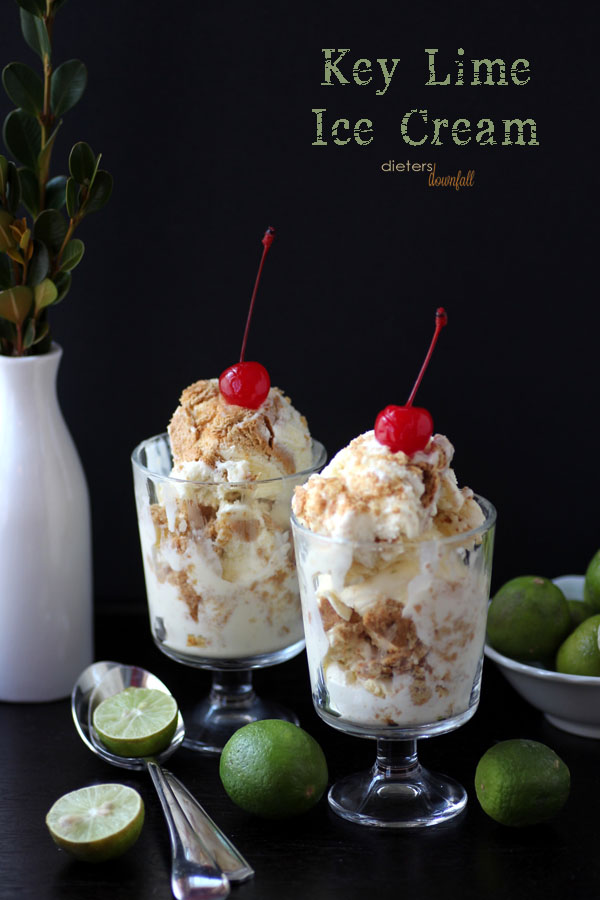 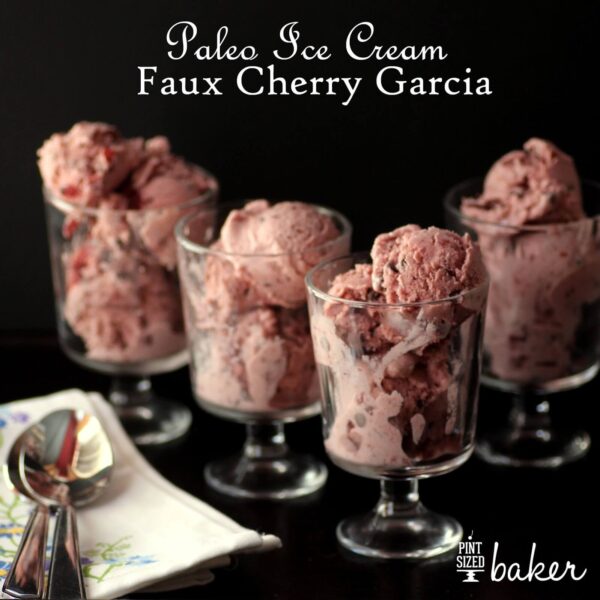 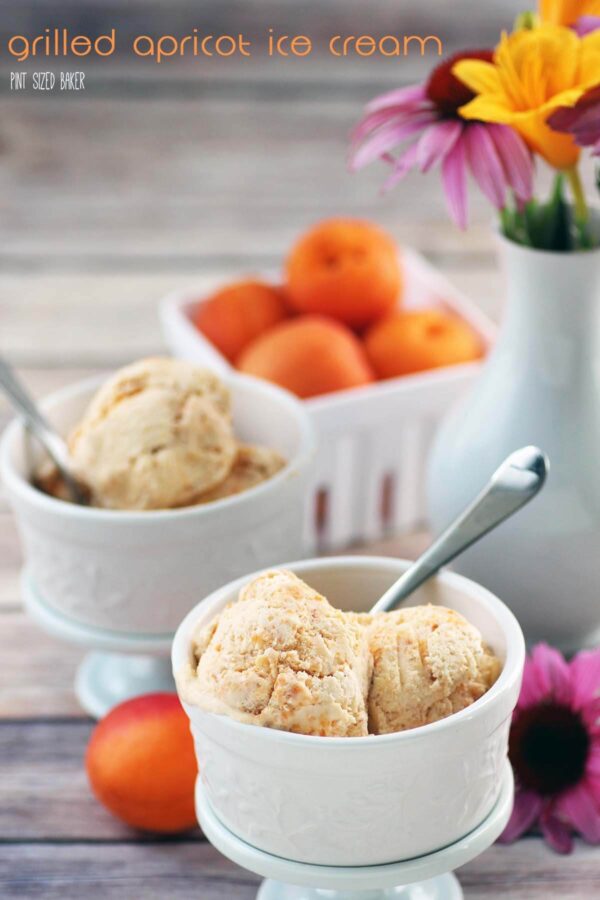 If you don't have fresh cherries, you can use canned cherries. You still want to freeze the the cherries and drain the excess liquid from them.